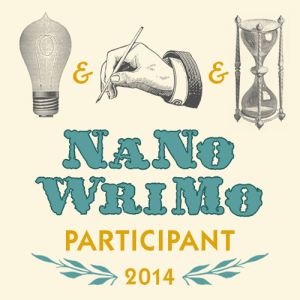 Today is more than just the beginning of a new month. It’s also National Author’s Day.

And it’s the beginning of National Novel Writing Month.

In case you’re not familiar with NaNoWriMo (as it’s more commonly called), the idea is to write a rough draft of a novel totaling 50,000 words in 30 days. It started as motivation for those people who say they will write a book “someday.”

It’s also encouragement for those of us who do write and who do have novels written to dust off the idea for the next book and get going on that.

That’s where it’s relevant to me.

A couple years ago, I wrote Navajo Rose (under the pen name of Kat O’Reilly). My sister-in-law asked where the next book was. I said there wasn’t a next book because it’s a stand-alone. She insisted that another character needed her own book.

I thought about it and decided she was right. A couple days ago, I finally found the inspiration for the hero. So I started it last night/this morning at midnight.

I’ll update about my NaNoWriMo progress every Saturday through the month. In the meantime, are you participating in NaNo? What are you working on?

2 thought on “Welcome to November”

Be the first to find out what's going on with weekly updates, freebies, and special offers.

You have successfully joined our subscriber list. Messages go out every Wednesday.

Be sure to check your messages for the link to download your copy of Your Guide to Caring for Yarn.