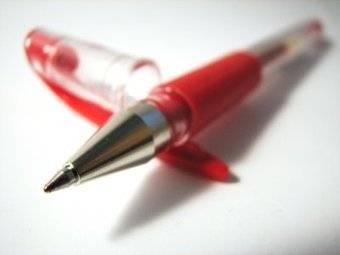 When you think about editing, I’m sure you imagine the proverbial red pen, bleeding all over the page. Right?

Although the red pen still, undoubtedly, has its place, things have changed quite a bit. I would say 99% of my editing is done on the computer.

I use a PC, so I use Microsoft Word. When I finish the draft of a manuscript, I let it sit for up to a week. (Honestly, usually it doesn’t sit that long, just a few days.) When I open the file to edit, I use the Track Changes feature.

For fiction and nonfiction, I start with the little things: spelling, grammar, and punctuation. Then I move on to continuity. I look at things like flow and transitions. For fiction, I look at character development, dialog, and story progression. I look for plot holes. (Sometimes I don’t see them, so I use beta readers to help me find those.)

I go over it more than once before I send it to either an editor if I’m self-publishing or an agent/publisher if I want to go a different route. Typically, I go over it at least four rounds. Each round consists of multiple passes checking everything I mentioned above. On my current novel that I’m working on with The Wild Rose Press, I have about five passes for each round. I’m on the second round with them, which is really about the sixth round for me.

If you want to count each pass as its own editing round, then you could say RealmWalker: New Beginnings is undergoing its 30th editing pass. Is this too much?

Each pass, each round is making the story better and the characters more developed and stronger. This is particularly important where BethAnne is concerned. She’s my primary point-of-view character. I don’t want her to come across as someone who needs to be saved by a hero.

When it’s time to get to work, I sit down at the computer, turn on some music, and open the file of the moment. It can’t be just any music, though. I get too caught up in the lyrics of contemporary music and traditional classical music doesn’t help. I listen to electronic music that specifically says it’s good for studying or concentrating. It has a good beat, good tempo, and very little or no lyrics.

It keeps me on track and I get into a good work flow with that kind of music playing in my headphones. (Earbuds. Whatever.)

Here’s my question for you: What does your editing process look like? Do you listen to any music or do you work in silence?