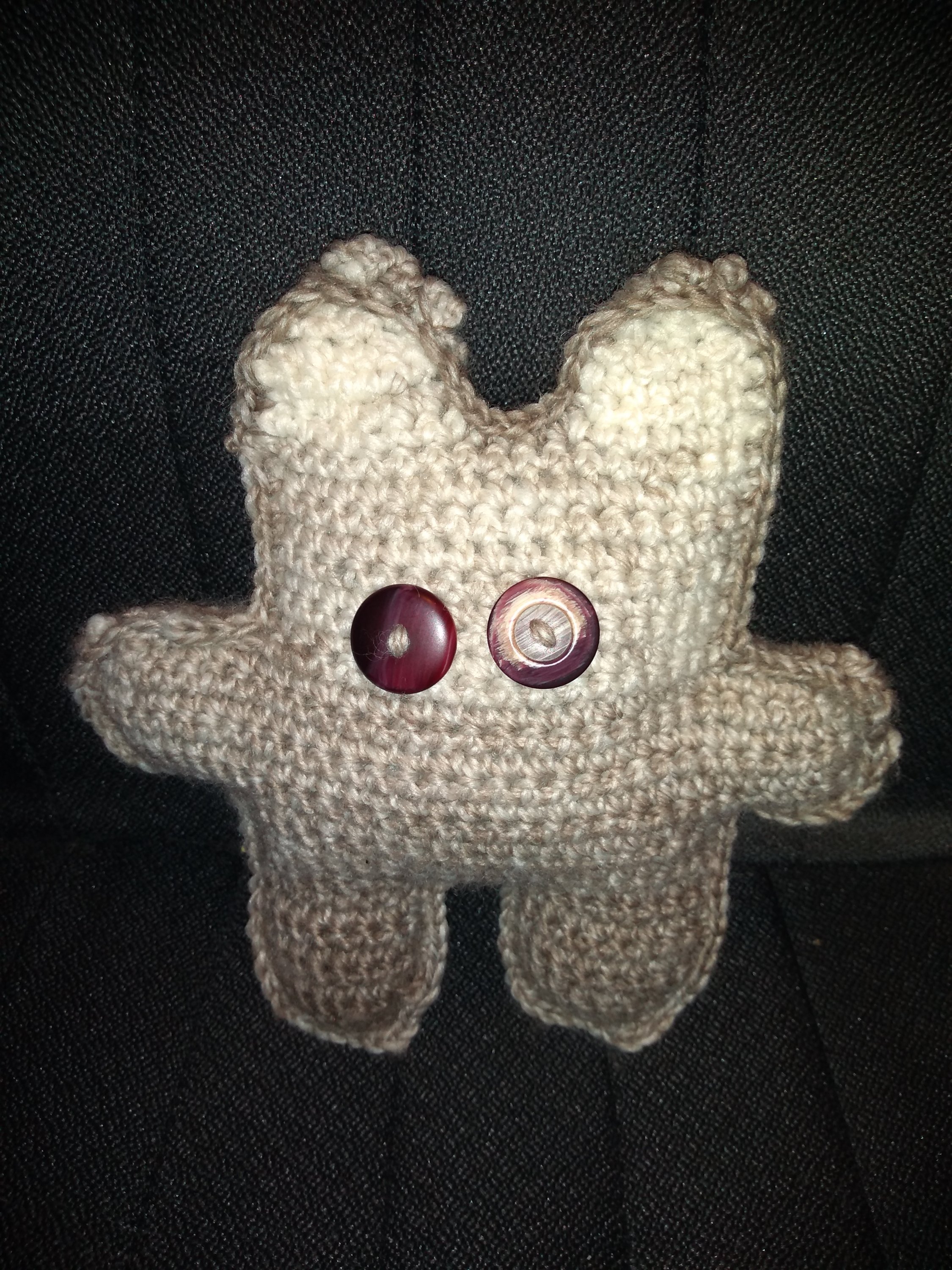 Have you ever seen someone come up with such a great idea that you wanted to be part of it? Not only that, you wondered how you could be part of it?

A couple weeks ago, I saw a post by a Facebook friend, BeLinda Creech. (She and her daughter CeCe were behind the Elephants for Joplin movement after an EF5 tornado destroyed much of Joplin, Missouri.) She was starting a movement to spread joy around the country.

Monsters were going to be a key part of that movement.

These are no ordinary monsters, though. None of your run-of-the-mill One-Eyed, One-Horned Flying Purple People Eaters here. No, sir! (Or Ma’am.)

BeLinda developed a knit pattern for a monster and posted it on Ravelry.

With support from Maker’s Mercantile, Operation Monster Drop was born. Since then, Amanda King developed a crochet pattern. (Both are available as free downloads in the Maker’s Mercantile shop. Link will open in a new window. NOTE: Please be aware the patterns are only free until the end of June.)

The original idea is to make monsters and leave them in random public locations for people to find. Each monster has a tag describing their mission (to spread joy) and a hashtag (#monsterdrop, #operationmonsterdrop) so the finder can post a picture to Facebook. That way, we can see where our monsters are spreading their joy.

Since Operation Monster Drop started, there have been knit monsters, crocheted monsters, sewn monsters, and even some silver monster pins (so cute!!). All spread their own unique kind of joy. 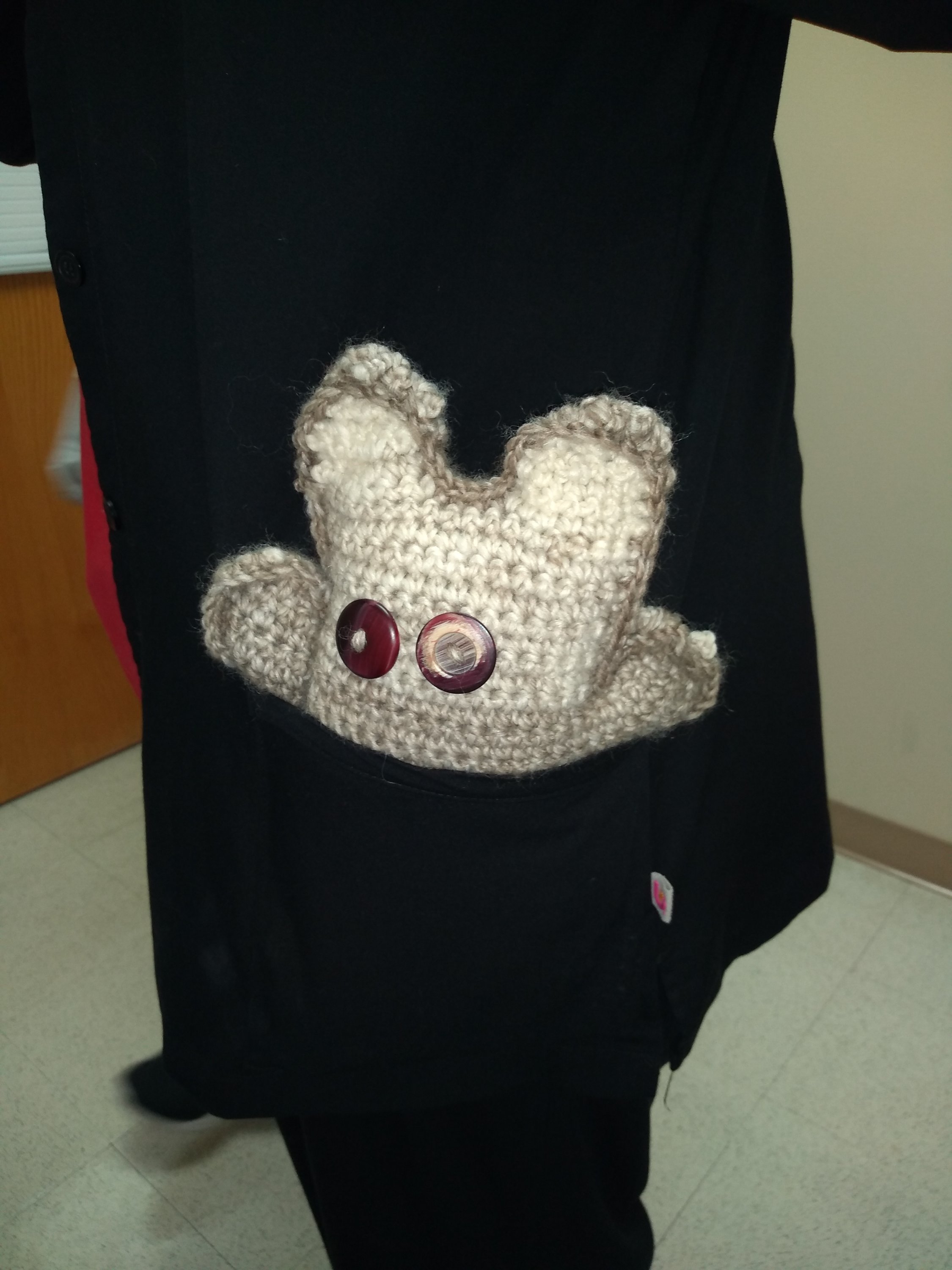 How can you get involved?

Check out the Facebook page, The Monster Drop Project, download the pattern(s) (or come up with your own), and start dropping monsters.

As of writing this post, I have dropped two monsters. They both went to the Wound Care clinic I go to. 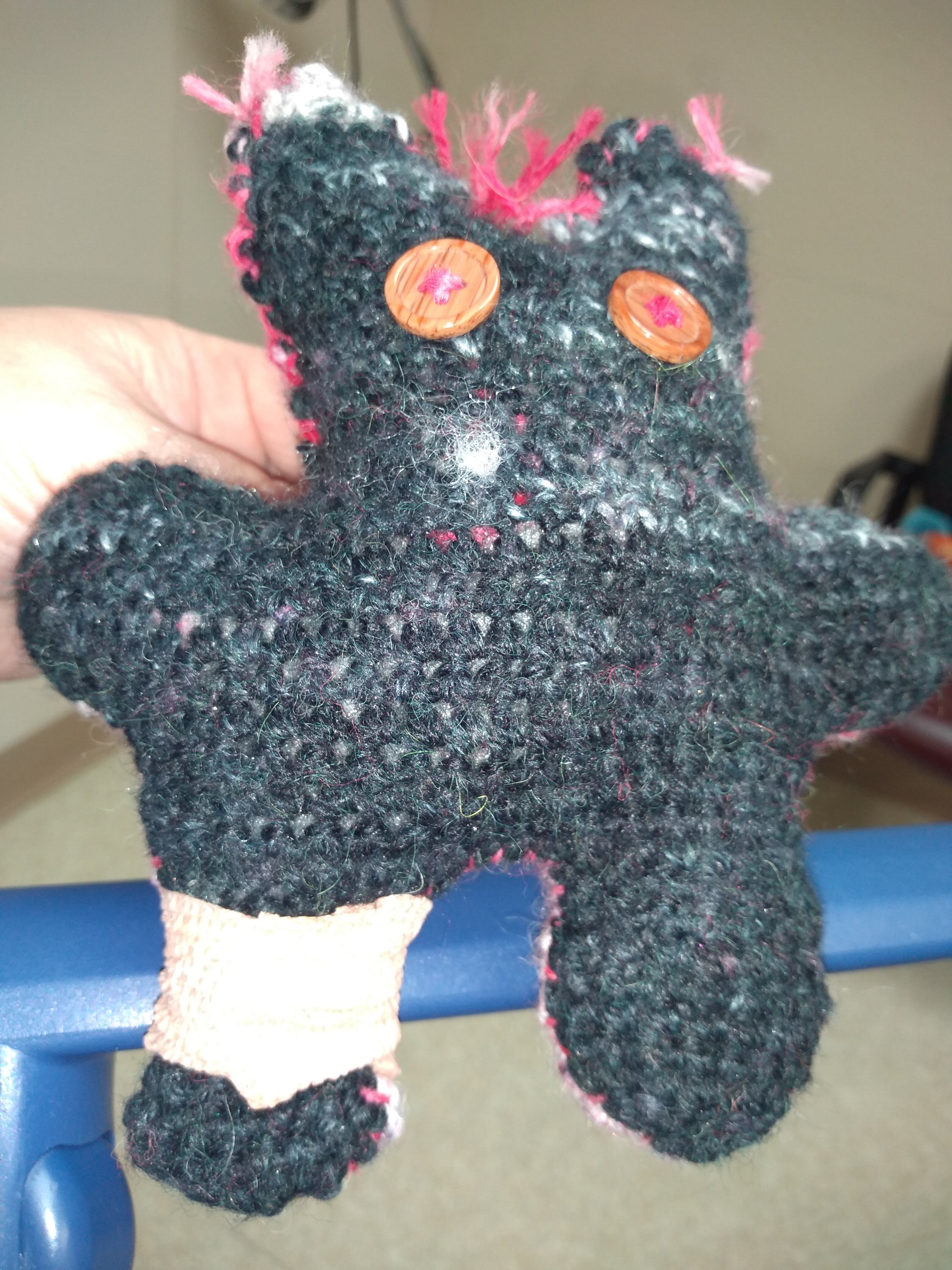 One went home in a nurse’s pocket. The other had to get a compression wrap. Poor guy! But afterward, he went home with the Wound Care Specialist where he is getting plenty of TLC.

I have more monsters to make, so I’ll talk to you all later.

4 thoughts on “It’s a Monster Invasion!”

Spread the loveI have started — OK, restarted — a creativity coaching endeavor. This time, I’ve been considering what could be usable on a solo

Spread the loveThere was a time that I would say it is better to work with some background noise. Hands-down. I thought I got more

Spread the loveYou need a gift and you need it fast. But you don’t know what to buy for your brother/sister/friend/cousin who is creative/artsy/a writer.